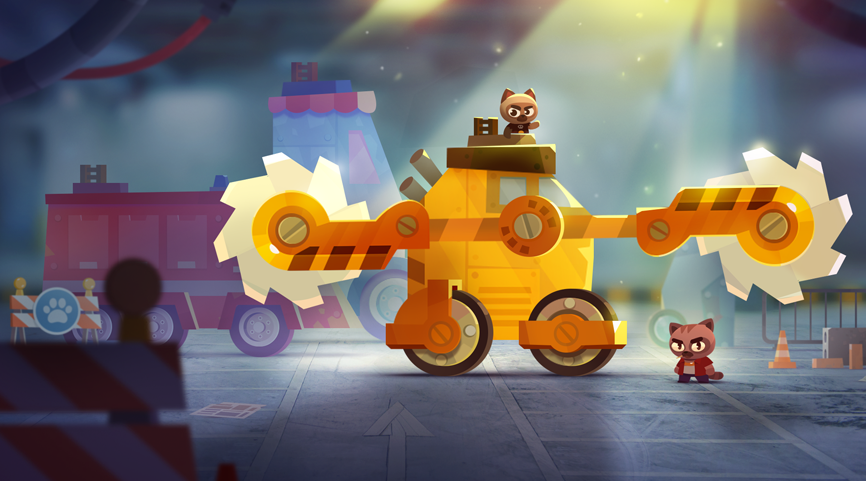 Cats! In the new update, we've changed the focus of the end game drastically. The main goal is no longer getting to the last Prestige level and dominating the top of the leaderboard. Now you need to collect Ultimate Parts. Each time you get to a new championship stage, you get some Ultimate Parts that will stay with you forever, even after prestiging. The faster you move from one prestige to another, the more Ultimate Parts you'll get. Getting a lot of Ultimate Parts is important, because in order to upgrade a specific part, you need to merge similar parts into it. We’re going to add many Prestige levels in the nearest future, but we start from increasing the prestige cap to 20 in order to make sure everything goes well.

Ultimate Parts let you assemble Ultimate Machines in the new special garage. They compete in the new activity called Ultimate Leagues that replaced the current leagues.

Moreover, based on your feedback, we've rebalanced certain weapons: